Now reading: Everything You Should Know About Black Oud - It's History, Uses and Whole Body Benefits
Share
PrevNext

Oriental and alluring, black oud is one of the rarest and most expensive of natural commodities. In many parts of the world, oud is more than merely a scent or a therapeutic product; it is part of the very culture of its people.

The healing properties of black oud are extolled in ancient scripts. Celebrations of its fragrance are found in the folklore of eastern civilisations stretching back millennia.

Oud has been embraced by Europeans and Americans in a big way in the last decade, both for its alluring and addictive scent, and its restorative skin care and medicinal qualities.

To understand why oud is such a phenomenon is to learn the mystical stories of old and know why oud holds such a special place in Eastern medicine and spirituality.

WHAT IS BLACK OUD? 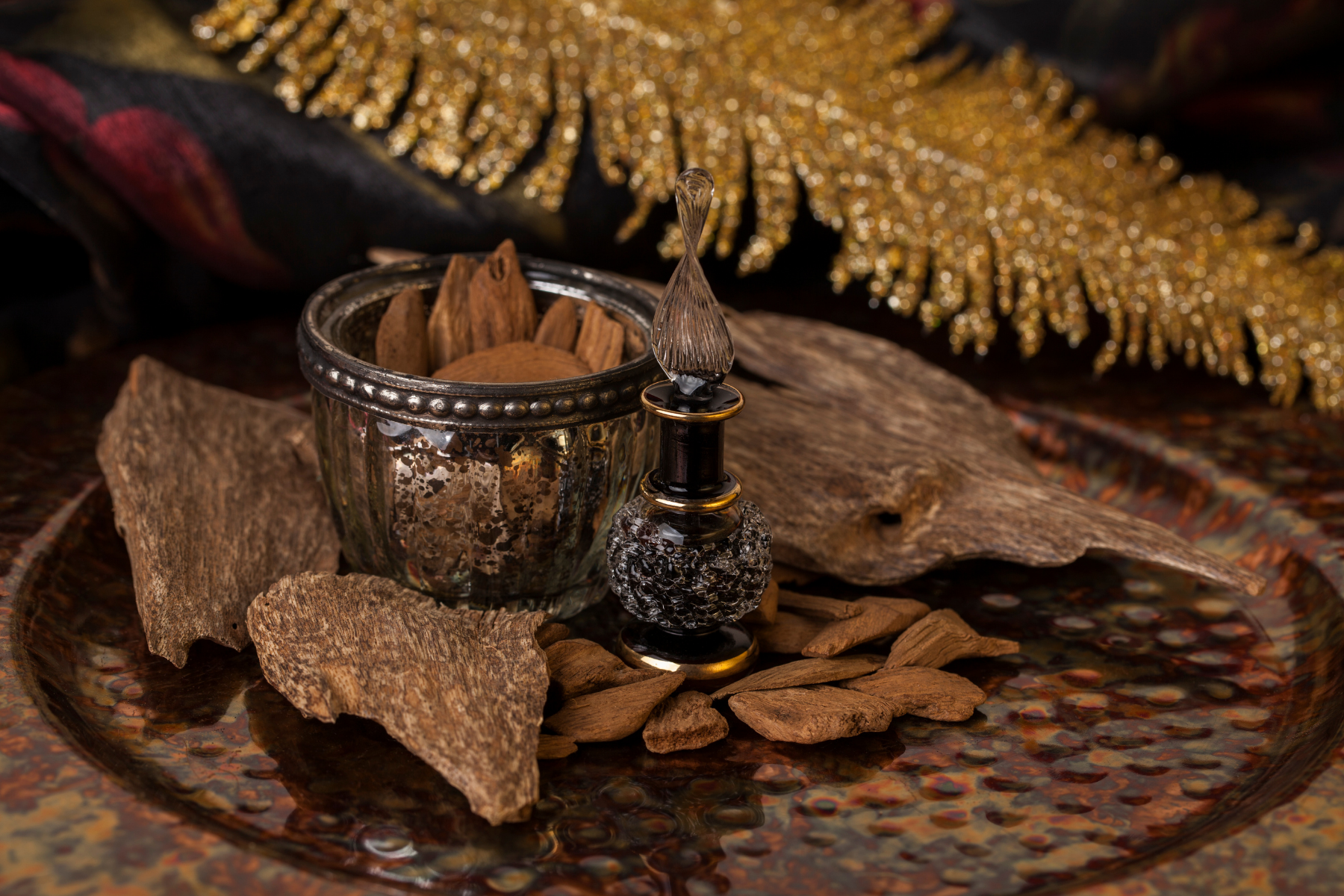 Known in the Middle East and the Gulf as “black gold”, black oud is derived from the subtropical Aquilaria tree. This evergreen agar tree is found in Northeast India, Bangladesh and Southeast Asia.

When a damaged section of the tree becomes infected by a mould known as Phialophora parasitica, it produces a thick, dark substance to protect itself. This precious black, scented resin, which is then found in the heartwood of the agar tree, is the source of oud.

The fungus affects so few trees - around one in ten - that oud is extremely rare. It is also very hard to successfully replicate the process by human intervention. That has long made oud a cherished commodity and it is pricier per pound than gold.

Over time the heartwood resin hardens. The resinous wood is soaked in water then either separated and used in chips for burning or it is distilled to produce oud oil. The oil is then dried in sunlight to evaporate excess moisture.

The production of high-quality oud is a revered skill carried out by dedicated artisans following methods passed down through the generations.

The demand for oud, and the rarity of the mature trees which produce the precious resin, has put the aquilaria on endangered lists. As a result, sustainable growth and production techniques have been in place for over a decade. 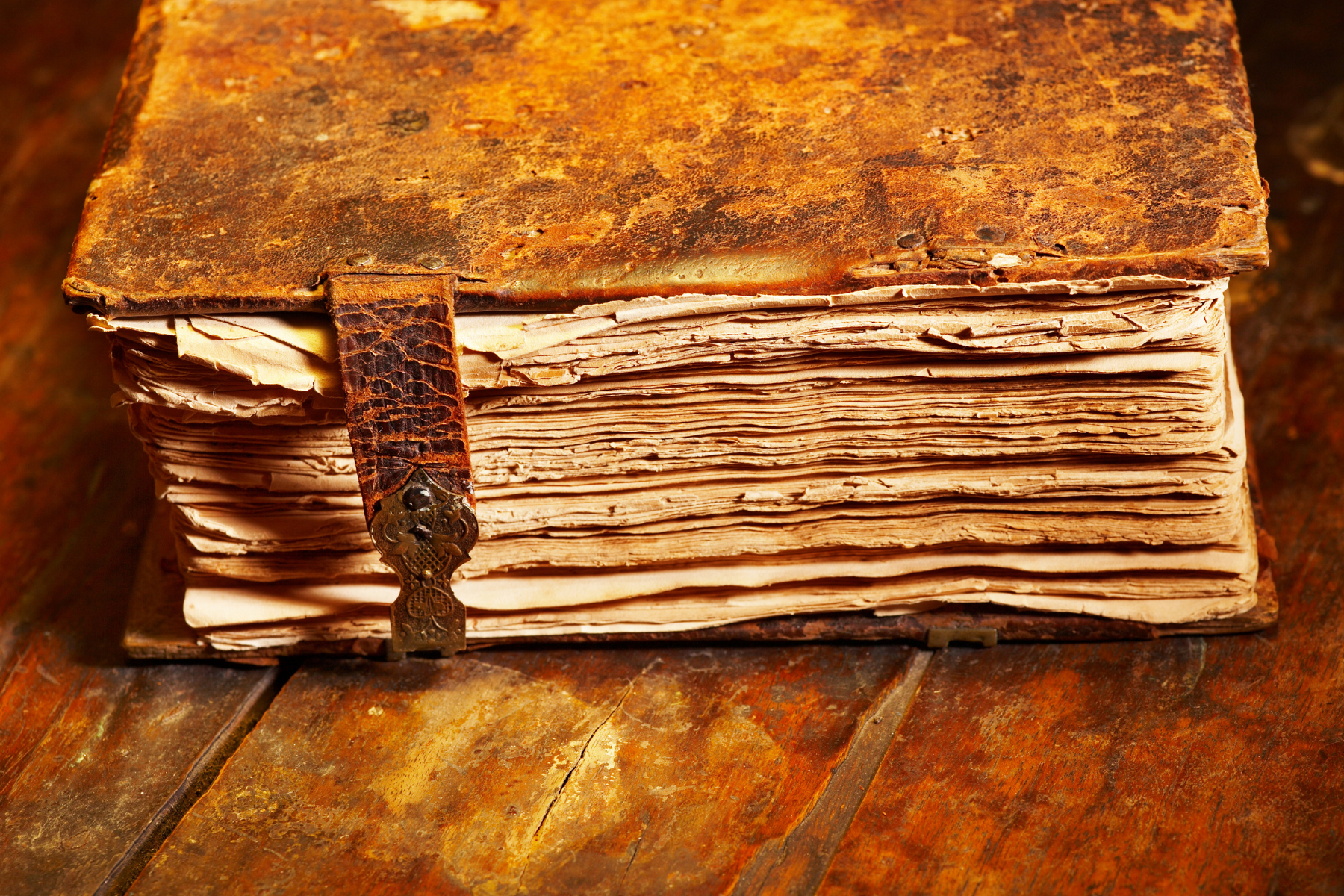 Oud has a history as rich and unique as its scent. Reference to oud is made in the Sanskrit, Torah, Gospel and Islamic scriptures

The prophet Muhammed is said to have used oud to incense his clothes and made reference to agarwood’s special place in Paradise.

Agarwood is mentioned several times in the bible. The Pharisee, Nicodemus, is described as wrapping Jesus' body after the Crucifixion with linen and spices, including oud.

Oud wasn’t just used as a scent or as a display of opulence but has long been highly prized for its medicinal properties. These range from the psychoactive to the spiritual, and from the therapeutic to the medicinal.

The Roman physician, Dioscorides described the medicinal uses of agarwood in his book Materia Medica (65 CE), a pharmacopoeia of medicinal plants and medicines used to treat human complaints.

Other mythologies have suggested that agarwood was the only cutting that Adam was allowed to take from the garden of Eden.

The extremely wealthy ancient Chinese would have their coffins made out of agarwood.

In Buddhism, the most precious Buddhist string of beads numbering to 108 is made of this precious resinous heartwood.

As the use of oud spread to Europe, royalty adopted it into its palaces. Louis The XIV (The Sun King) loved the fragrance so much that he washed his clothes in a blend of oud and roses on a daily basis. It was just as well that oud has such a powerful scent. Louis was said to be terrified of bathing, as many were at the time. The fear was that water spread disease, so washing infrequently reduced the risk.

The royal appreciation of oud continues to this day. Prince William is said to have received a personal scent containing the substance on his wedding day in 2011.

HOW OUD IS USED 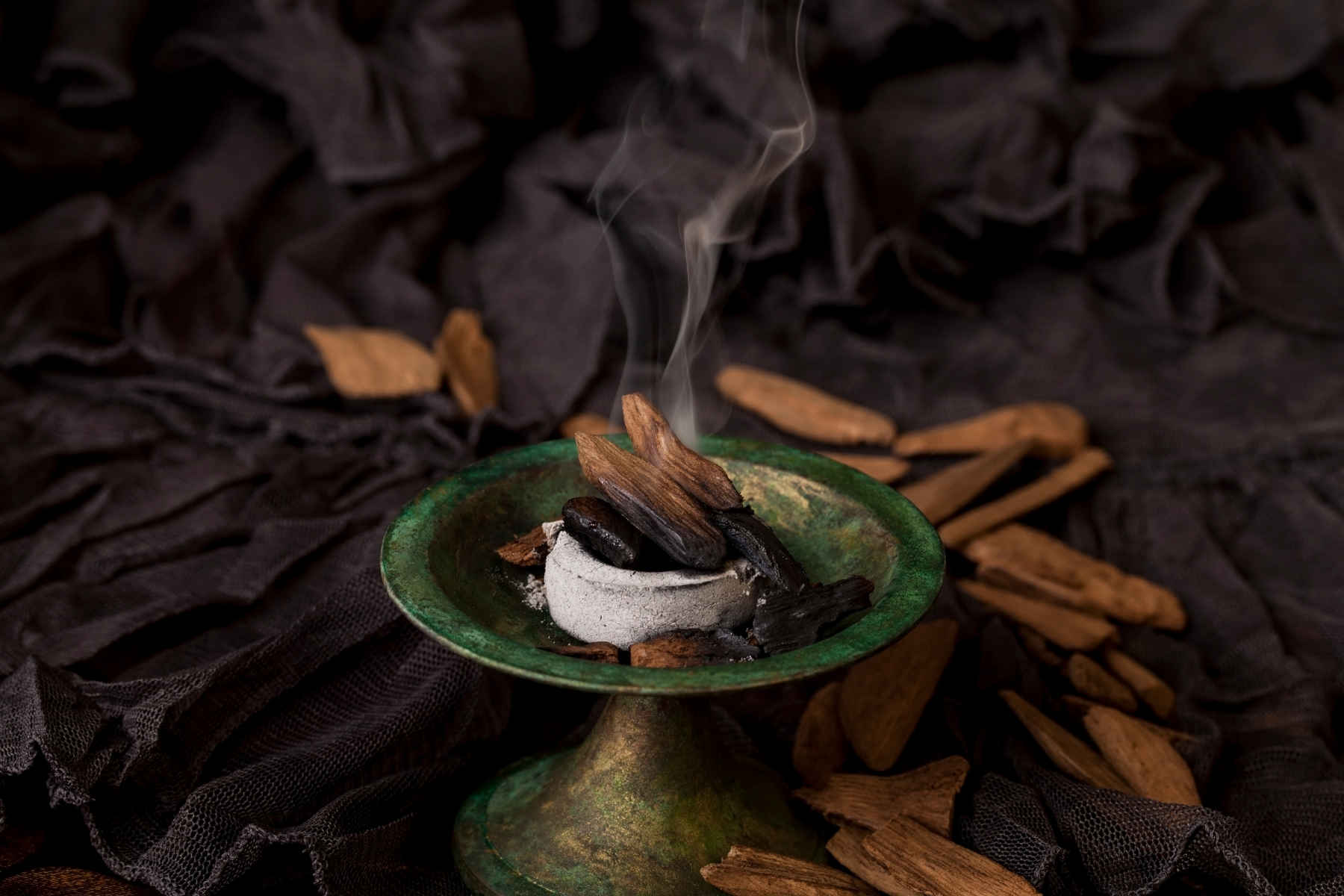 Agarwood chips (called “bakhoor”) are used to perfume textiles and to make the home fragrant. At its highest quality, scented chips are used for special occasions like weddings and family celebrations.

Oud oil is dabbed behind the ears and on the neck to display personal devotion. The smell of oud permeates many public places in the Gulf and the Middle East.

Oud is often the scent that exiles report missing most from home and oud’s popularity elsewhere in the world is partly due to the desire of travellers to retain its familiarity when abroad.

Oud oil is unique too, as a scent which remains on the skin long after other perfumes would have dissipated. The scent of oud subtly changes during the hours in which it is worn. 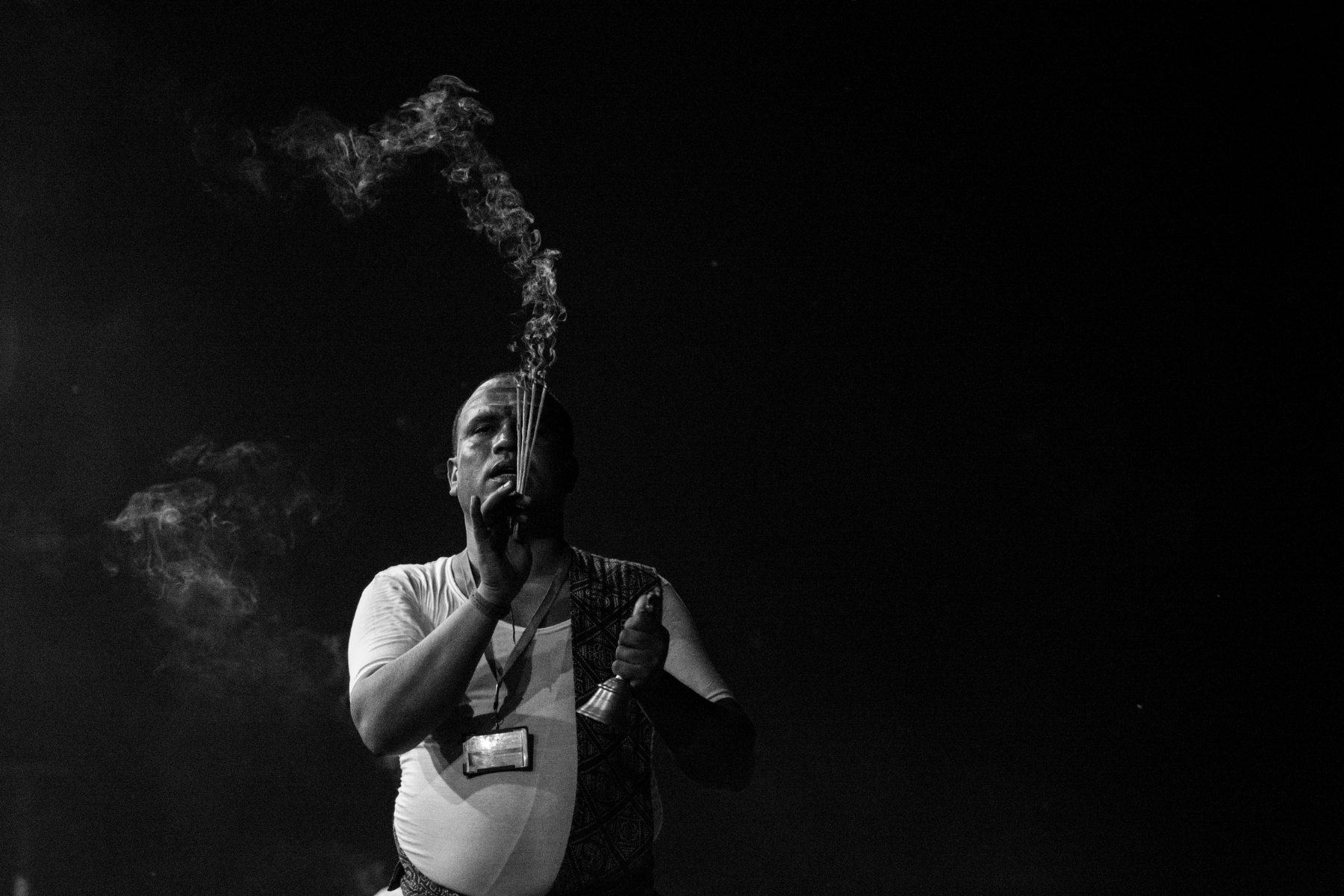 Traders, perfumers, aromatherapists, travellers, romanticists and writers have long grappled with the right words to describe the scent of oud.

Narratives include descriptors such as dusty, dusky, dry, smoky, musky, animalistic, sensual, sexual and brooding. Oud scents have subtle sweet, herby undertones which are barely noticeable at first before deeper notes come to the fore.

Indeed, oud is all about depth with a permeating velvety spiciness which touches on sweet before deepening with an earthy profundity.

Oud fragrances develop with wear on the skin like little else in the world. Oud is a naturally occurring compound that when combined with the oils, heat and pheromones of our skin alters in chemistry and scent. Indeed, oud rarely smells the same on any one person, or at any one time.

When citizens of the Middle East and the Gulf greet each other, they do so with a firm handshake and a nose-to-nose or cheek-to-cheek. To meet another requires a strong first impression, the scent of oud does this.

Today, oud has transcended the initial trend which burst from the east to become a mystical mainstay.

For interior environments, oud exudes a sense of opulence, luxury and comfort. It is the aroma of a candle-lit evening soiree but also one of relaxation, meditation and spirituality.

For those of us who have not experienced the mosques of the East, the effect of burning oud perhaps comes closest to that of the burning of incense in a Catholic mass.

The health benefits of oud 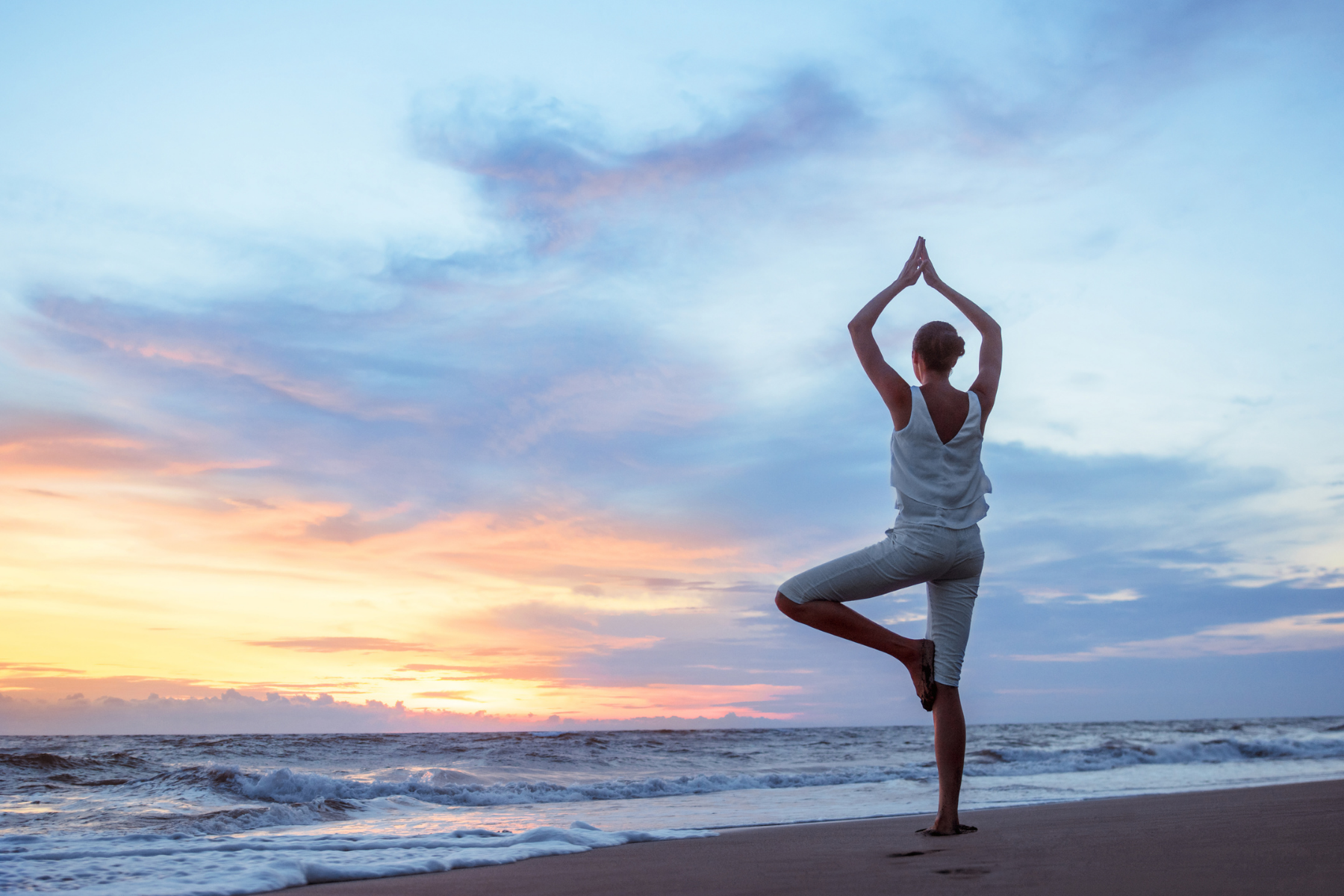 For thousands of years, agarwood and its oud have been used for medicinal and therapeutic purposes and it continues to be used in many traditional medicines.

As the centuries have progressed, research and use of oud have resulted in many more benefits being attributed to its oils.

As the centuries have progressed, research and use of oud have resulted in many more benefits being attributed to its oils.

Other properties hailed for use of oud oil include relief from itching, as a stimulant, as a diuretic, as a muscle relaxant, and to combat fever. Research is also underway to understand the antidepressant effects of oud.

Black oud and its skincare benefits 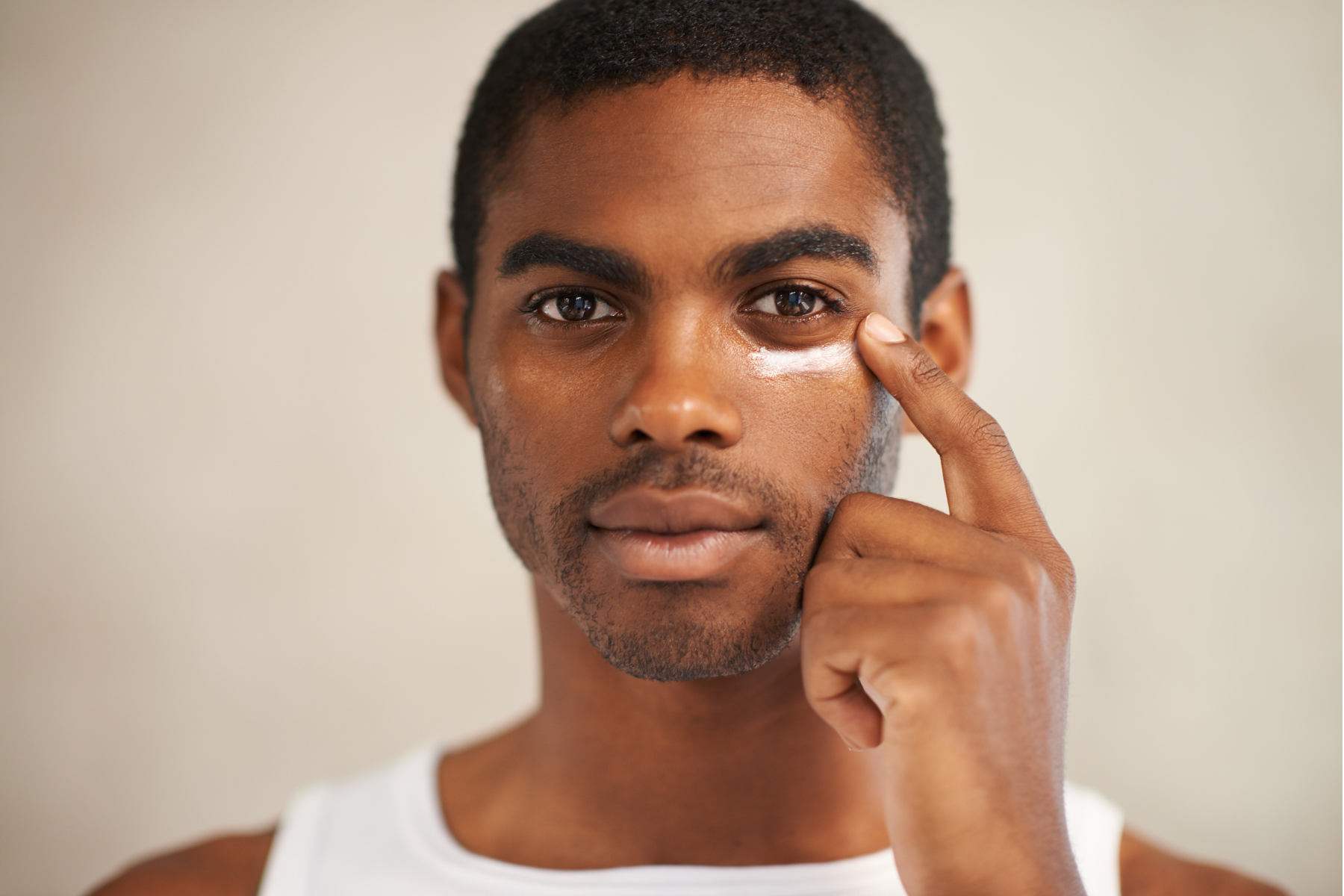 Black oud has numerous skincare benefits which have led to its soaring popularity in the beauty industry.

The powerful anti-oxidative properties of black oud regenerate new healthy skin cells and can reduce the appearance of wrinkles and fine lines along with other signs of premature ageing.

The anti-inflammatory, antibacterial and antifungal properties of black oud combine to defend skin against infection-causing microbes, reduce the occurrence of pimples and prevent other skin ailments. Oud has also been recommended for the treatment of skin ulcers.

Black oud oil increases the strength of collagen fibres found in deeper layers of skin. Collagen is a key protein which provides structure to the skin and helps maintain a smooth, even complexion. 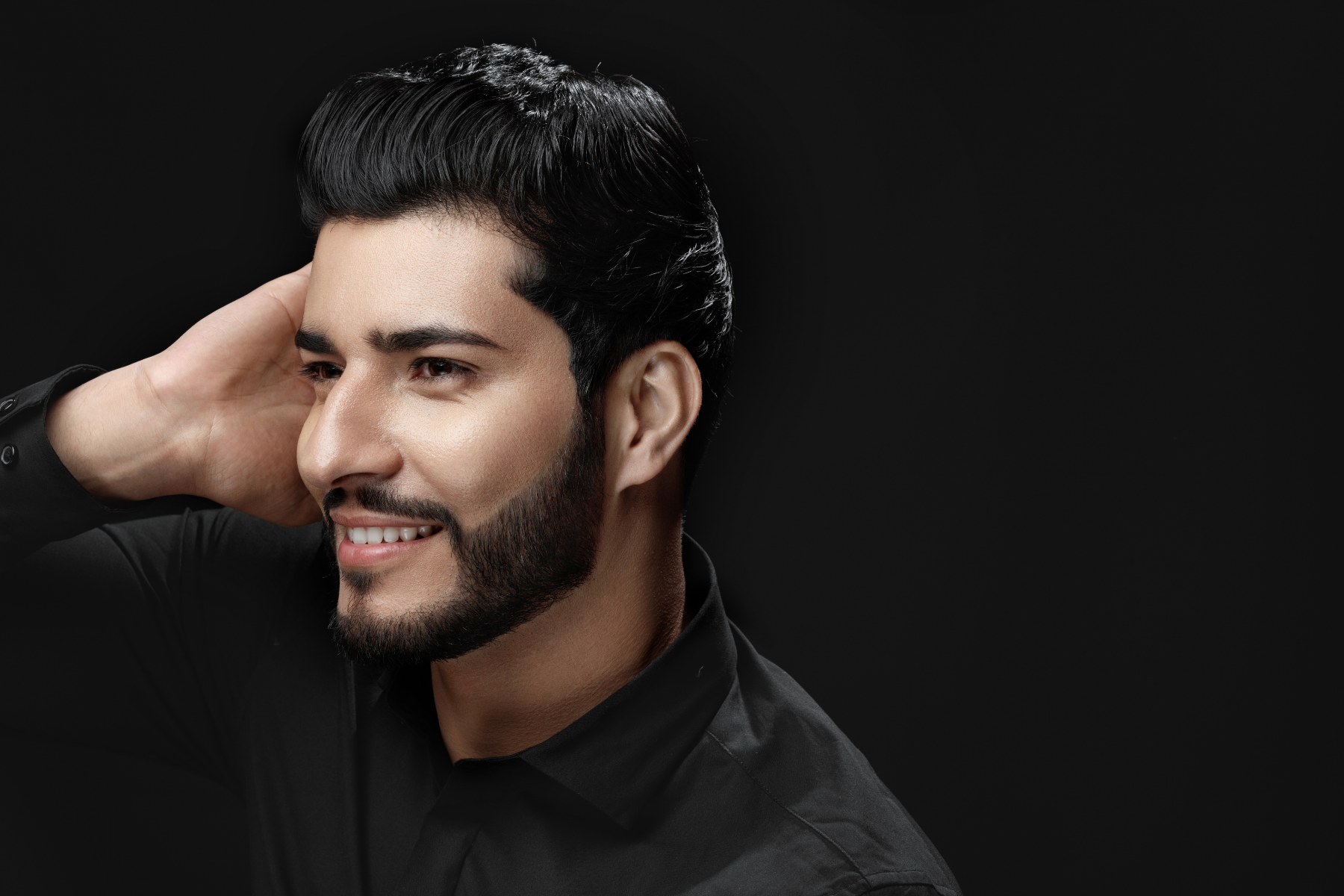 Oud oil is also beneficial for the hair and scalp. Indeed, Sanskrit poet, Kālidāsa (c. 353-c. 420), describes “beautiful women...suspend their dark hair in the smoke of burning aloes.” (aloes was the ancient word for agarwood).

Oud acts as a serum to hydrate dry, frizzy hair. The antiseptic action of oud cleanses pollutants and irritants in the hair and on the scalp.

There is no oil more suited to the beard wearer than oud. After all, oud has been worn by sultans, pharaohs and kings for millennia.

No matter the shape, length or style of beard, beard oil is an essential addition to any man’s daily routine. Oud beard oil combines the skincare benefits of the resin with the enriching scent which will linger all day.

This Holy Grail of fragrances and skin care, oud beard oil moisturises and nourishes the skin beneath while encouraging healthy facial hair growth. The deep, masculine scent of oud appeals to beard wearers and their admirers.

Are there any downsides to oud?

Oud oil is usually well-tolerated when burned as incense or in an essential oil, or when applied externally.

It is important to buy high-quality oud products. Some merchants have been found to cheat by adding lead to oud to increase its weight. Inhalation of lead fumes can damage the body.

If inhaled excessively, the vapour of oud oil may cause nausea and temporary dizziness for a few minutes. If so, drink water, breathe fresh air and lie down for a few moments.

Oud has also been linked to the worsening of childhood asthma symptoms, though the study concludes this was likely due to a gene variant increasing susceptibility.

There is little evidence of any negative side effects of using black oud as part of a skincare regime. If applied on the skin excessively, it can cause irritation, redness or a mild burning sensation. This can be alleviated by washing the area with cold water for a few minutes.

Excessive oral intake of oud may cause nausea, vomiting or heartburn. Drinking lots of water can help. As with all medicinal and beauty products, medical attention should be sought if symptoms persist.

Have questions about Oud  or any of our products and how they could benefit you? Drop us a message at support@zousz.com, we'll be happy to help you out.

Remember to subscribe below for unmissable offers in your inbox, including a 10% saving off your first order!

STAY DISCERNING. STAY IN THE KNOW.

Get unmissable offers for your inbox. Receive a 10% discount by hitting the button below 👇

What has been your experience with Oud so far?

Let us know in the comments!

The Psychology of Beards and Beard Care

Movember: Your Chance To Save Men’s Lives?

Our vision is to lead the world in men’s luxury grooming products that awaken the senses.

By using our class leading ZOUSZ grooming products, they naturally inspire confidence, masculinity, and power within themselves.

Everything You Should Know About Black Oud - It's History, Uses and Whole Body Benefits | ZOUSZ