Many men will know the feeling of getting up in the morning and standing in front of the bathroom mirror, only to realise they have let their beard grow out too far or that it has become too untidy.

The itch this unkempt tuft can cause is as much of a psychological one as it is physical. Most men would like to adorn a beard (or lack of) that works best for them, but many don’t know why it is that some beards work well for them and others don’t.

Beards have come and gone in waves all throughout human history and its civilisations, from the first beard movement under Emperor Hadrian in the Second Century, the kings and the knights of the Middle Ages, the men in top hats riding penny-farthings in the Nineteenth Century, to the current renaissance of metropolitan hipsters drinking pour-over coffees as they stroke their well-groomed facial manes and ponder.

To be the man who stares at himself in the bathroom mirror, deciding whether or not to shave his beard, is to ride upon the tide of history whilst trying to set your own course among it.

We all present a cacophony of silent messages to others about ourselves through the way we choose to look. For men, how we decide to groom and maintain our facial hair is a major signifier. The psychology behind our beards and the way we keep them suggests a myriad of inferences about ourselves.

The Irish novelist Sebastian Barry wrote, “A beard on a man is only a way of hiding something, his face of course, but also the inner matters, like a hedge around a secret garden, or a cover over a birdcage.”

Whilst this is a witty quote and may be relatable to many, it is perhaps closer to the truth that a man may be hoping to project an ideal about himself through his facial hair, rather than hide a fact of his psyche.

THE ORIGINS of A bearded species

So what signals does a man project with his beard?

What is he trying to convey about his status or place in society?

How does society react to these signals in modern times?

To answer these questions it is important to take a look at the ways in which beards are interpreted in the different cultural domains of today.

The rules of attraction are subtle and complicated, so subtle in fact that many people wouldn’t be able to explain in any great detail what they are. But anyone who attempts to advance their position inside the sexual arena and find a mate tends to abide by these prerequisites.

These are the modes of presenting and performing within advanced hierarchies that have been around for as long as humans have, and to which individual humans have long evolved to struggle to succeed within.

One of the main principles for what seems to be considered attractive traits for men bears a direct relation to their social stature or position inside the status hierarchy. Individual signifiers like a man’s height, his physical features and contours, along with his professional status and career potential, all contribute to this dominant perception of sexual attractiveness.

The same principle for male attractiveness goes for facial hair too, which is good news for most men, as the majority of men have it within their power to sculpt or manipulate the beard that works best for them. Changing your height may be out of the question, but grooming your beard to its optimal length and shape certainly isn’t.

The traditional conclusions drawn with regards to beards and facial hair, based on numerous surveys and studies, were that a clean shave was deemed to be less attractive on a man with a boyish face, whilst the “long stubble” look – growth of around ten days’ worth of not shaving – was perceived to be most sexually attractive, and the full-length beard was recognized as being more paternalistic and reliable for a long term relationship. It is also no surprise that the gradations of beard length also determined the perception of how masculine and aggressive a man was.

What is interesting however is that recent studies have also suggested that a man with a developed beard is also viewed as being the more prosocial individual among his peers if his peers have cleanly shaved faces. So whilst a beard may make a man look more aggressive and dominant, it can also make him look more sociable and gregarious.

STANDING OUT FROM THE CROWD 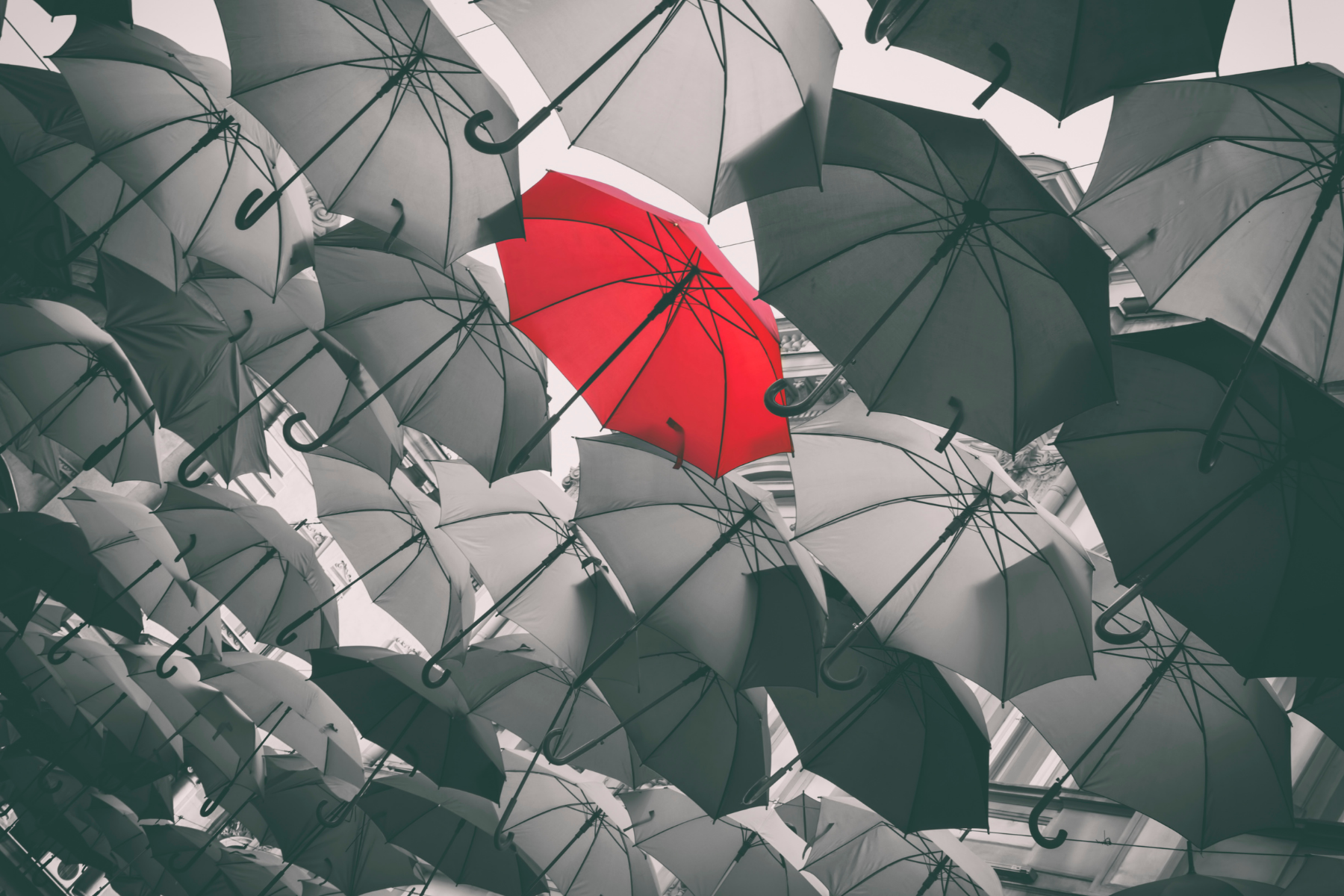 If this duplicity of the bearded look doesn’t seem nuanced and complicated enough, research findings published by The Royal Society corroborated the notion that attraction towards a man with a beard was dependent on the man’s relation to those around him. In a study conducted, pictures of a group of men with and without beards in homogenous and mixed groups were shown to a large number of women surveyed.

The pictures of individual men who had beards among their counterparts who didn’t were seen as the more attractive of the group, whilst in the same study the pictures of men with beards among their counterparts who also had beards were seen as less attractive or insignificant. What this reveals to us then is that beards are deemed as attractive if they make a man stand out from the crowd of his peers.

This may go some way towards explaining the arms race between men and their beard follicles of recent years. Many people will have noticed the cyclical nature of beard fashion, of the uptick of men growing out their beards until society reaches its peak of beardedness, followed by a steady decline once again. And then the cycle repeats.

This has been a common aspect of fashion history: fashion trends often repeat themselves with unique adaptations and variations over time.

The demand for such male individuality may demonstrate the utility of the “signalling role of beardedness in intrasexual competition”, states the team of psychologists from the University of Silesia in Poland. Their research found that men prefer facial hair when it is their own but that they didn’t like it on other men.

The researchers also went on to explain that “men may prefer having facial hair to deter their enemies and display greater masculinity or a higher social position.” In fact, several findings have suggested that men care more about their facial hair than women do.

From the great outdoors to the office block 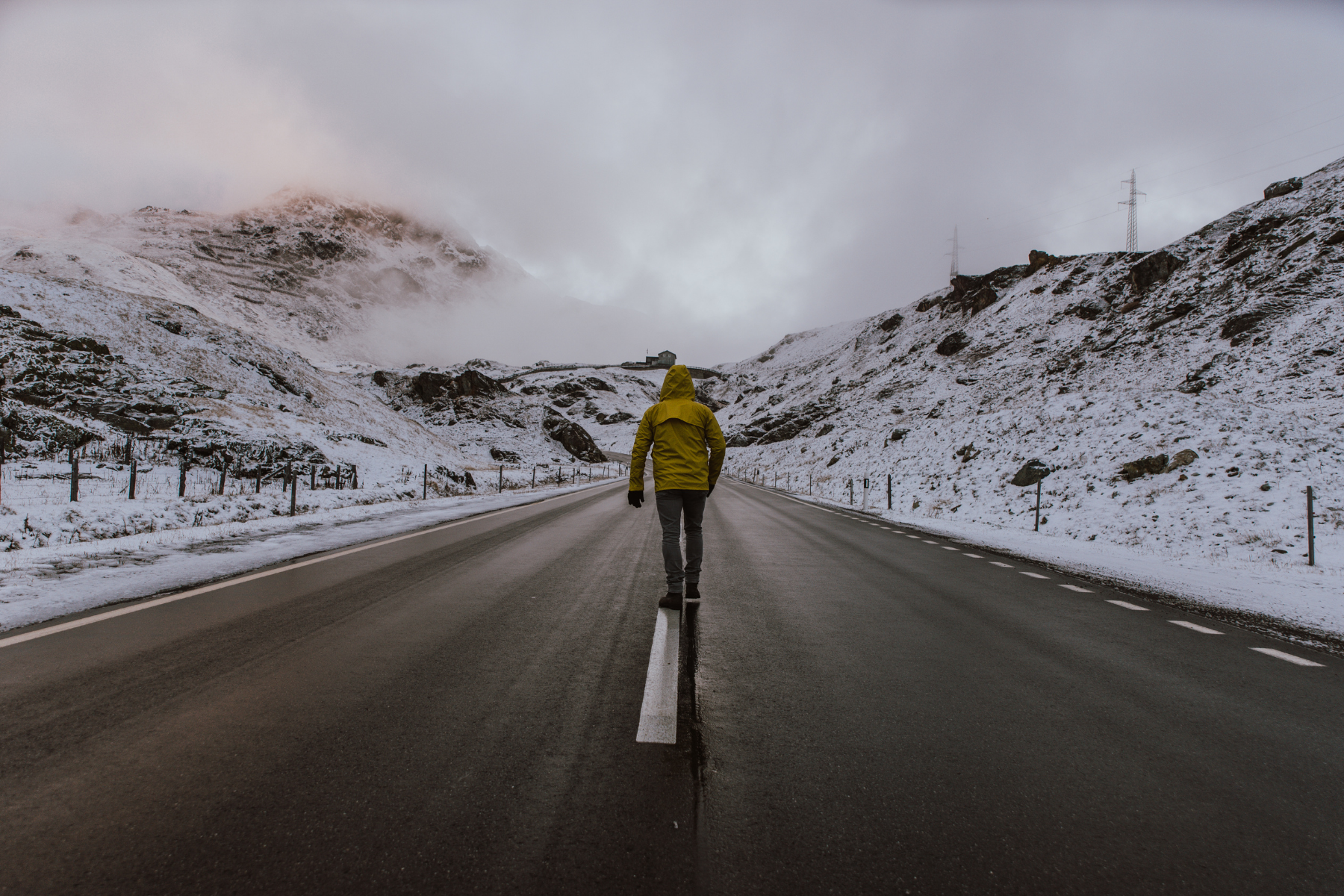 The projections made by men and the competitions between them can relate to their successes in vying for position within a professional capacity as well as a sexual one.

In coalition with the earlier discussed image of a fully bearded man being viewed as the more dominant and paternalistic, a study from 2014 drew the conclusion that bearded men were also regarded as being more trustworthy and reliable than others.

One study made up of a range of LinkedIn profile pictures found that bearded men were also thought of as being more knowledgeable and capable in their fields of expertise.

It must also be noted here that similar findings have been made by the same researchers with regards to a woman’s professionalism and whether or not she wore spectacles. Other researchers have found that other beauty and aesthetic standards, such as a symmetrical face or a full set of teeth can drastically influence one’s employment prospects. 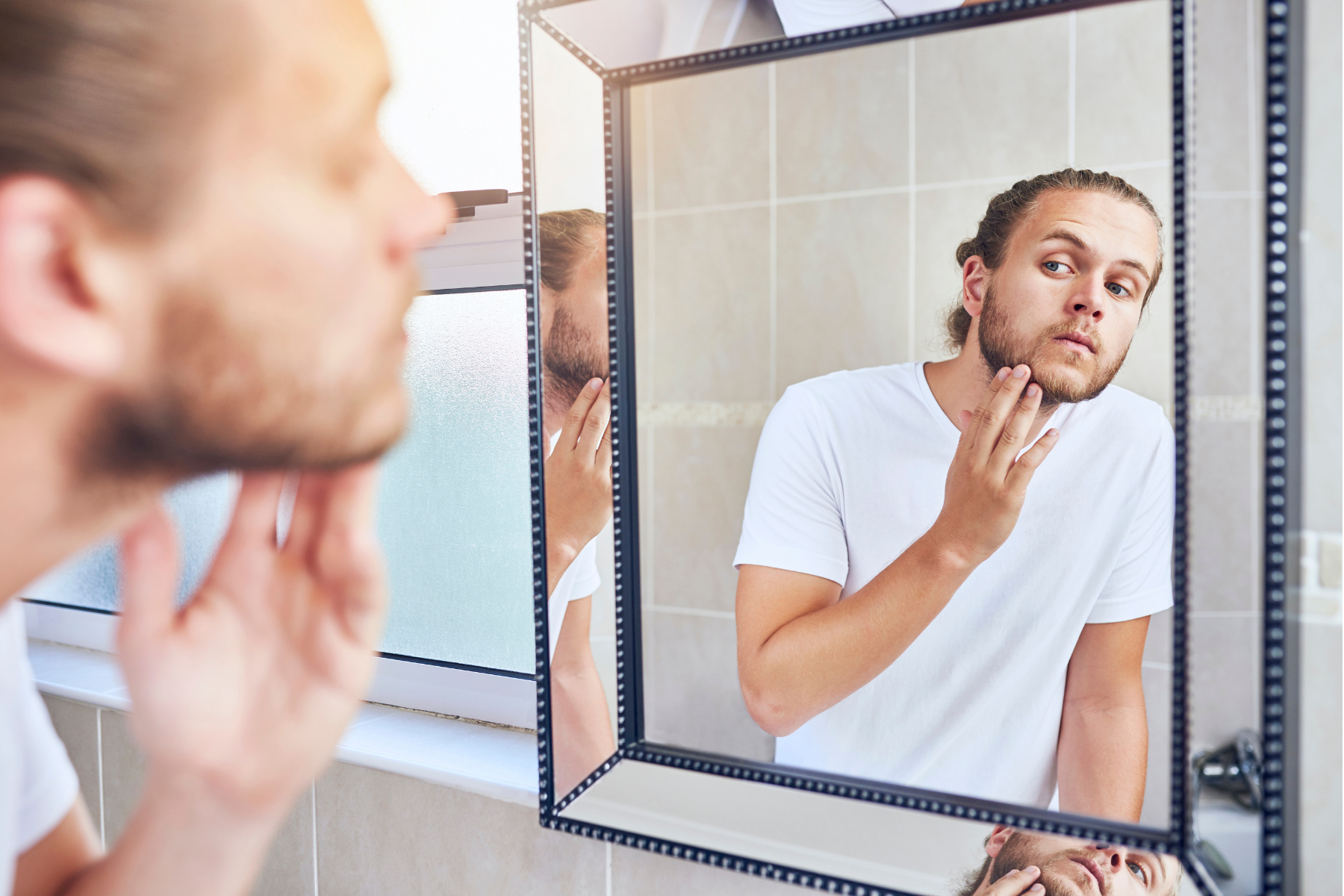 It must be said that many of these assertions are culturally dependant, and there is a wide variety of research to suggest that how a man with a beard is perceived depends heavily on his culture, nationality, religion, age, etc.

What may be the case in one nation or one culture may be drastically different in another. If we are focusing our attention on the Anglophonic world then, there is a broad array of reasons pertaining to the male competition for social status and the relationship to the surge in the growth of facial hair.

One possibility is that a fully developed beard harkens back to a previous epoch in which affirmed gender roles were more definitive and took higher precedence.

As John Steinbeck said, “in our time a beard is one thing that a woman cannot do better than a man”. In the modern world in which gender constructs continue to be dissolved and in which there continues to be an ever-growing androgyny between the sexes, the beard is seen as one of the most – if not the most – conspicuous signifiers of masculinity.

Another reason for modern man’s recent infatuation for beardedness could also relate back to notions of a lost mode of being and placement within the world.

In a post-industrial and increasingly technological society, a robust commitment to a grown-out beard could be the clear signal of a more tangible way of life, a life away from the complicated abstractions of aimless work and computer screens, in favour of a life of work in which real things are produced with great care and pride. It doesn’t take anyone’s imagination much of a stretch to relate a hefty beard with a flannel-wearing lumberjack or a blacksmith hammering his mallet onto an anvil.

Don’t take the short-cut with style 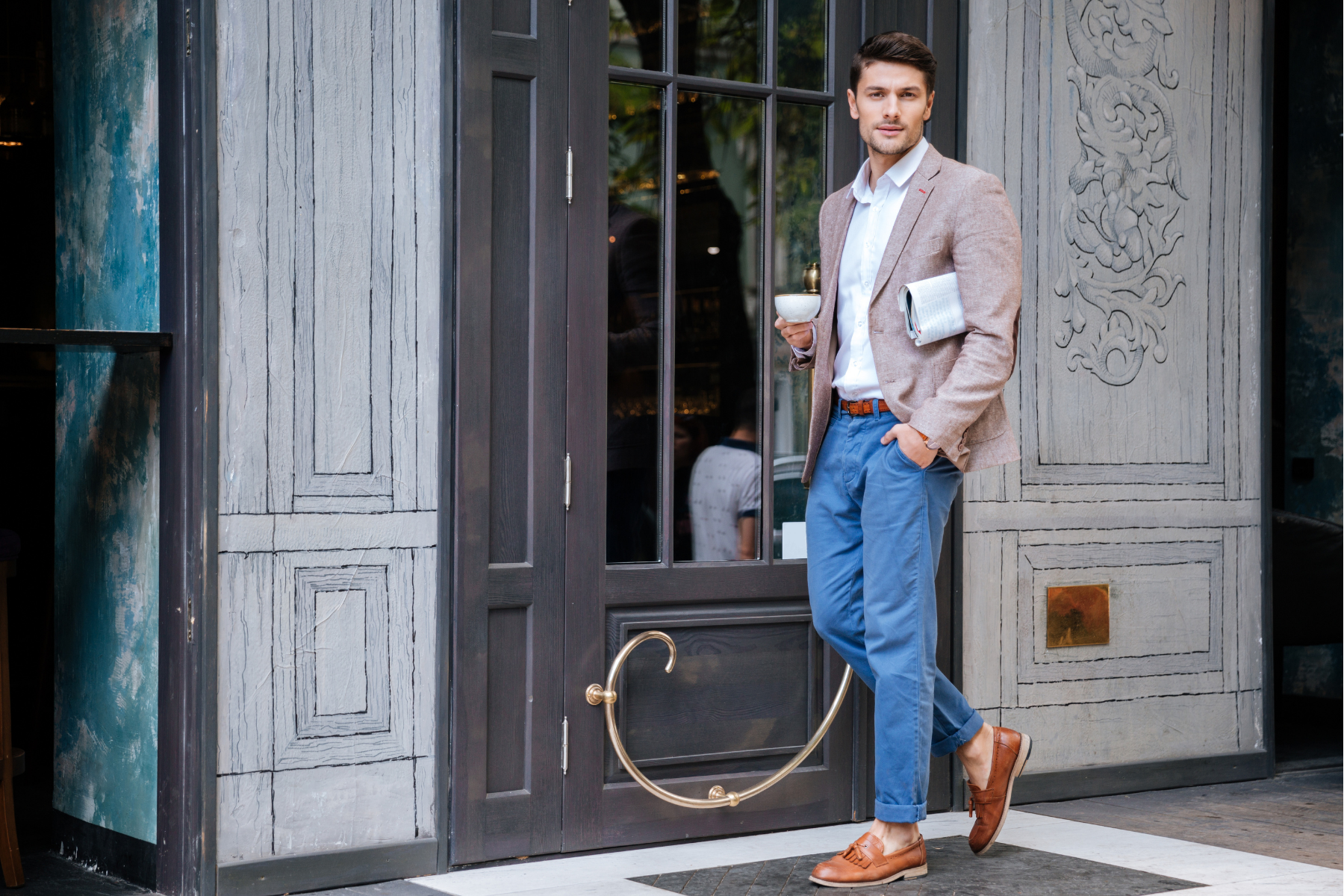 As a man, if you truly want to stand out from your counterparts, choose a beard style that works best for you and you alone, away from the fickleness of modern fads.

There is a limitless amount of beard styles for a man to choose from. By deciding on which works best for him, a man can become the master of his own domain.

STAY DISCERNING. STAY IN THE KNOW.

Get unmissable offers for your inbox. Receive a 10% discount by hitting the button below 👇

How has growing a beard affected your or your partners psychology?

Let us know in the comments!

I have proven my long beard since becoming a Catholic. Whatever the saintly influence, because the saints are in your face around here, my feelings was as you mention—it improves my boyhood face.

Thank you for your literal insight, but now, I have to just see how long can it grow. My stepdaughter has been positive and encouraging. The Catholic men-group, I have met weekly with tell me as an author, it fits.

Thanks for the new word: ‘androgyny’. I will look that one up!

Everything You Should Know About Black Oud - It's History, Uses and Whole Body Benefits

Our vision is to lead the world in men’s luxury grooming products that awaken the senses.

By using our class leading ZOUSZ grooming products, they naturally inspire confidence, masculinity, and power within themselves.

The Psychology of Beards and Beard Care | ZOUSZ